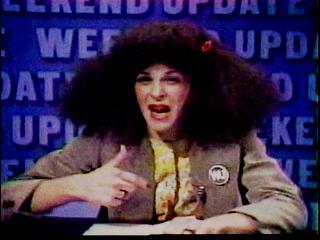 Today I read an article online that said Gilda's Club is changing its name to The Cancer Support Community Southwest Wisconsin because most young people do not know who Gilda Radner is.

The club's executive director Lannia Syren Stenz said in the article "One of the realizations we had this year is that our college students were born after Gilda Radner passed, as we are seeing younger and younger adults who are dealing with a cancer diagnosis."  (The Wisconsin Gilda's club is the fourth such club to change its name.)

So this television/comedic icon, who has been ranked as one of the comedic geniuses of the 20th century, one of the original Saturday Night Live Not Yet Ready for Prime Time Players will have her name removed from the club started in her honor by her husband actor Gene Wilder, Radner's cancer psychotherapist Joanna Bull and broadcaster Joel Siegel.

All because our younger generation of cancer survivors are unaware of who Gilda Radner is.


I guess because its before their time they probably don't know who Chevy Chase or Dan Akroyd, Jane Curtin or  John Belushi are.

I bet they do.

Gilda Radner died of ovarian cancer in 1989.  Her husband and her friends wanted a place for people to go to not think about cancer.

By changing the name to the Cancer Support Community, it does just the opposite.

If you watch any female comedienne today I am betting that Gilda Radner is up there as one of their influences.

I was 6 when Saturday Night Live debuted in 1975.  My parents would sometimes let my brother and I stay up to watch.

A 21 year old college student would have been born 3 years after she passed away.

I am guessing the younger generation also don't know who William Stewart Halsted, Larry Page & Sergey Brin or Jack Kilby or Robert Noyce are, even though they should.

I didn't know who any of those people were, I had to look them up.

I guess their names wouldn't belong on a door of a club either..

If only there was this amazing place where younger people  who had cancer could look up information, like who is Gilda Radner, and get it in an instant.

Oh yeah its called "the internet."

As Emily Litella would say:  "NEVERMIND"

One of the realizations we had this year is that our college students were born after Gilda Radner passed, as we are seeing younger and younger adults who are dealing with a cancer diagnosis,” said Lannia Syren Stenz, the club’s executive director.

Read more: http://host.madison.com/news/local/health_med_fit/gilda-s-club-changing-name-as-fewer-know-namesake/article_0893171c-53c8-50bd-900f-6381aee41f71.html#ixzz2DZVrU8aY
One of the realizations we had this year is that our college students were born after Gilda Radner passed, as we are seeing younger and younger adults who are dealing with a cancer diagnosis,” said Lannia Syren Stenz, the club’s executive director.

Under Armour ~ You know you want it 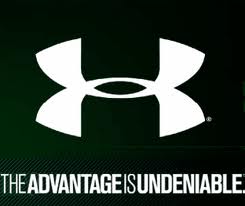 Under Armour.  You know the name.

I have been wearing Under Armour when I started playing hockey in the late 90's.

Wore it before it was popular.

I wrote about my Under Armour hat in a recent post.

I was fortunate to catch the eye of the good people at Under Armour.  They sent me a hoody to check out.

Now living in Michigan the climate can change here in the blink of an eye.  So I am very particular about what I wear.

I decided to wear it to the rink.  I got it the same day I had a game.

Soft and comfortable is the best way I can describe the inside of the hoody.  It was  like putting on a article of clothing I had worn for years.  That is how comfortable the Storm full zip hoody is.


The Rink can get cold, duh, its supposed to, but the hoody kept me warm. It is great for fall weather here in Michigan, where it can go from sunny and warm to rainy and windy.  Perfect for a bike ride, zipped or unzipped.

I got the black hoody.  Love the shadowy depth of the black.

My team mates were jealous.  I could tell.

So now its your turn.

I told you how awesome the storm hoody is for women.  Now its time to get an Under Armour hoodie for you (or your man) just in time for the holidays.

Why wrestle someone in stores over the best Christmas or birthday present you can give, when you can get it for free?

Just post a comment here telling me who gets an awesome hoody and why.  I will pick a winner at random and the good folks at Under Armour will work hard to get it under your tree in time for Christmas.

The best part?  You don't even have to tell the person you got the hoody for it was for free.  Let them think you spent a long day looking for the perfect gift, when all you really had to click out a couple of words.

You know you want it.

Check out my podcast The Cancer Warrior on Empoweradio.com
Also available on Itunes and on the podcasts app on the iphone
Posted by Mel Majoros at 10:13 PM 6 comments: 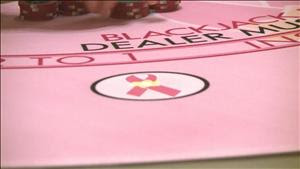 I'd like to bet $25 on pink please.  You didn't know that you could bet on pink you say.  Well you can if you play at a casino that supports breast cancer research.

The Horseshoe Cleveland casino is one of the casino's going pink this month and doing their part to support breast cancer research, but they are doing it at the local level.  For starters, their buffet is donating $1 of every meal purchased there towards a local breast cancer charity.  Their pastry section even has some pink desserts.

For those who like to frequent the Vintage 51 or Legends at Horseshoe bars, proceeds from the purchase of either the Pink Warrior or the The Hooter Shooter will go to the same charity.

In addition, if you like to play blackjack, you can indeed bet on pink as there will be tables setup with pink felt in support of breast cancer research.  Also, any team member wearing a Horseshoe Cleveland Breast Cancer T-Shirt will be among those that donated at least $5 to the local charity.

So often we think of casinos as being companies that have absolutely no regard for the human condition.  However, the reality is that every casino has been touched numerous times by cancer at all levels from patrons up to ownership.

What I also like about what the Horseshoe Cleveland is doing is the fact that they are donating to a local charity instead of a major conglomerate where you never know if any of your funds are going to the purpose you intended.  Yes Mr. Cena, I am calling you out.

If you want to support organizations that support the fight against cancer, you can't go wrong by taking a trip to the Horseshoe Cleveland.  There you can bet on pink and that is the best bet in the house. 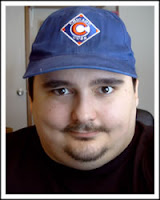 About the author:  James Guill  - James is a freelance writer specializing in the poker industry.  He's written in the past for PokerNews Australia Magazine and for sites such as PokerNews.com and PokerJunkie.com.