In February 2011, to coincide with World Cancer Day, Chris Geiger is going to attempt a Guinness World Record.

He is going to try and set a record for “The most published feature newspaper article in one day –  by the same author.”
Currently Chris Geiger writes weekly columns, voluntary, to create awareness for ‘Above and Beyond’  and ‘Cancer Research UK’ .
“Unfortunately Cancer is a bit of a taboo subject, which people tend to shy away from.” Chris Geiger said “If I can use my experience with cancer and my writing to inspire and help people, its time well spent.”
The aim of the World Record, as with Chris Geiger’s weekly columns, is to draw attention to the whole cancer subject, and raise people’s awareness of cancer and how to prevent, detect or treat it.
“I’m absolutely thrilled that the Guinness World Records have authorised my attempt, this should enable me to obtain a significantly larger audience, and inspire cancer patients and their families.”
In order to set this record, Chris Geiger’s article must comply with a number of conditions, including : Contain at least 1,000 words, appear in different daily newspapers on the same day, and only printed daily newspapers which are published at least five days in the week will count. The daily newspapers must have a circulation of no less than 30,000, and each translated version of his article must contain at least 70% of the same content as the ‘original’.
Newspapers wishing to pledge commitment should make initial contact via this form.
“I’m urging everyone reading this or who follows me on the various social networking sites, to lobby their newspapers to get involved in this project. With their help I can set a new record and more importantly put the spotlight on the whole cancer subject, and highlight the great work that is being done to fight the disease.” Chris Geiger said.
Posted by Mel Majoros at 7:25 PM No comments: 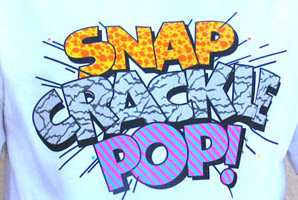 Its been a while since I have written.  Not really sure why that is.  I have written a couple of guest blog posts for some friends of mine, maybe that is why, I am not one of those writers who can just write at the drop of a hat, I have to be inspired. Certain things have happened these past two weeks to inspire me.
I went to a chiropractor on the advice or my pilates instructors (yes I have two of them, and their styles are both very different and both very good)  I have had pain in my shoulder for quite some time, and it would always get worse at night, nothing like trying to get to sleep in pain.
Now I have been skeptical of chiropractors because of what my fiance Doug had gone through in California.  Long story short Doug was scheduled for surgery for his shoulder and the chiropractor, who had no permission to practice in the hospital where Doug was, wanted to give him an adjustment the day of his surgery!!  Needless to say the chiropractor didn't, and he was kicked out of the hospital room.
So yes I was skeptical, but my friends said he would help.  So I went.  I had the xrays taken.  There I saw my crooked spine and my straight neck,
I have scoliosis, that I knew, and apparently the curvature in your neck is supposed to be at 40%.
Mine is at 10%.
No wonder my back and neck hurt, oh and I had a rib out of place.  Don't ask me how the hell that happened, but it was out of place.  Another reason for the pain.  The chiropractor told me that he was different than the last chiro I saw (he was in the same town, didn't really remember much of what he did, chemobrain, and didn't have problems with him, just got down to being a financial issue to go to him)
So the chiro did the adjustments.  I wasn't expecting to hear the snap crackle pop of my spine and neck.
It was amazing.
For the first time, in I can't remember when, I had no pain.  I had an amazing massage the week before, I was actually able to relax during the massage.
I told Lynn, my friend, the massage therapist, "Congratulations, you have done something that no one else has done in three years."
I was able to relax.
The chiropractor said I would probably sleep better than I have in a while.  I went home and took a nap.  My hours changed at work so I have to be at work at 5:30am, so whenever I can grab a nap I will.
The only word I can describe how I felt was euphoric.  I felt so good it was almost hard to fall asleep.
Sleep is that golden chain that ties health and our bodies together. ~ Thomas Dekker
Mel is the producer/co~host of The Vic McCarty Show. Listen Live Monday~Friday 10am-noon eastern time on wmktthetalkstation.com


Check out my podcast The Cancer Warrior on Empoweradio.com Available on demand and also available on Itunes.


Recorded this video on New Years Eve. Why I do what I do.
Posted by Mel Majoros at 7:40 AM No comments: