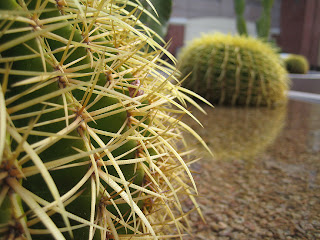 Defined by dictionary.com as Function: noun : a disease or degenerative state (as polyneuropathy) of the peripheral nerves in which motor, sensory, or vasomotornerve fibers may be affected and which is marked by muscle weakness and atrophy, pain, and numbness

You know what it feels like when your foot falls asleep?  Well imagine that intensified. Lucky me my friendship with neuropathy began after chemo ended.  I know I have written about it before, but really? After I am done with the toxic chemicals being injected into me I get a side effect.  Great. Thanks for that. A little bonus I wasn't expecting.

I started chemo on November 12th 2007 and finished up with (herceptin) treatment on December 29, 2008. I finished my chemo some time in April of 2008, I have the exact date in an old cell phone of mine,( have to get those milestone dates out of that phone before it gets tossed) My neuropathy started soon after that.

December 2009~so that means my neuropathy, that tingling annoying pain sock, which was so painful at first that it was almost too much to bear, that tingling I got used to having, when I went to bed at night it would, if I was on my feet for a long period of time, would crawl up my leg up to my knee like spider creeping up its web, that after a while it was more of a nuisance that anything else, lasted longer than my treatment.  Longer than all of my treatments combined, including surgery, chemo, herceptin, and radiation.

I almost don't want to post this blog, as if posting it will make it come back.

Ha ha but I am posting it anyway {gulp}

Check out my podcast The Cancer Warrior on Empoweradio.com 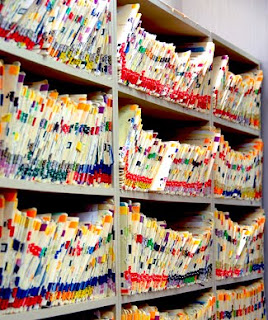 I have been talking to a lot of survivors for my podcast The Cancer Warrior on Empoweradio.com.  It has made me think of a lot of things that have happened to me.  I remember when I was diagnosed I actually thought to myself  "Well they must have someone else's chart."  Yeah right.  I live in a town of about 8 thousand people. My last name is Majoros.  I am the only Majoros in the phone book.  Pretty sure it was my diagnosis, unfortunately. I recall being really pissed at my doctor for not telling me what kind of breast cancer I had (the ultrasound tech told me  which I guess is a real no-no) at that time my chart was only a couple of pages. She showed me that she didn't have the info, flipping between the 5 pages in my chart.  Now its the size of a small book, the Gutenberg Bible of me.  Whenever I go to the doctor I look at my chart and wish it was much smaller, and that chart is only for 2 years.

I was talking to another breast cancer survivor about her treatment, which was similar to mine, and we were discussing our side effects and medications.  Its kind of funny to think about it like we were discussing parts of a recipe, ok if you add zofran to your benadryl whisk lightly with herceptin, sleep for an hour, then repeat every three weeks you will feel better!!  We talked about hair loss, which I am still in awe of people who will go out in public with a bald head.  Those who know me know I am not that shy, but when it came to that I was.

We were talking about how taboo it used to be to even say the word cancer, it was spoken of in hushed tones.  Like you would say the whole sentence, then whisper the word cancer, as if to even speak it would bring it out like Beetlejuice.

Now many of my survivor friends shout it from the rooftops, well the modern version of it anyway, with blogs and podcasts and facebook posts and tweets.  We know what its like.  We want everyone to know about it.  We don't want anyone else to get it.  I personally don't want to welcome another person to the club no one wants to join.


Someone I respect called me a brave woman.  I still don't understand why.  I was told I had cancer.  I am kind of stubborn,  I don't back down from a fight.  If you play hockey against you know it doesn't matter if you are five foot six or six foot five, if you have the puck, and I want it I will go after it, I may not get it the first time, but dammit you will see me, you will hear me and you will remember me.

Check out my podcast The Cancer Warrior on Empoweradio. Available on demand now.
Posted by Mel Majoros at 8:17 PM No comments:

Win great Save the Tatas gear 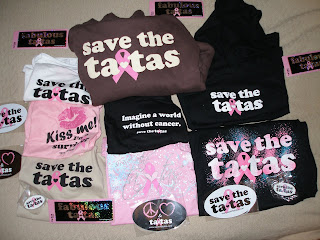 Save the Tatas.  I have written about them before.  I have had the founder Julia Field Fikse on The Vic McCarty show.  They have always been great with giveaways.  Now I want to pass on the giveaways to you.  I have the t-shirts, sweatshirt, and hoodie seen here as well as the magnets, bumper stickers and two key chains.  All you have to do to get one is email me at thecancerwarrior@gmail.com  You will have to pay for shipping, but that is a pretty good deal for a sweatshirt, t shirt or sticker.   I will post winners here on my blog.

Mel is the producer/co-host of The Vic McCarty Show.  Listen live Monday-Friday 10am-noon on www.wmktthetalkstation.com

Check out my podcast The Cancer Warrior on Empoweradio.com available on demand now.

Posted by Mel Majoros at 4:21 PM No comments: 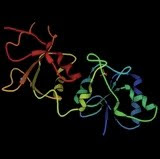 The original title of Pretty Woman was $3,000.  No this blog post isn't about that. Its about a genetic test that I am going to have.  The photo is of  the mutated  BRCA gene.  Many breast cancer survivors have this gene.  It is a mutation of a gene that if you have it you have it and you have breast cancer you have a higher risk of having ovarian cancer.  I haven't had the test yet.  I called my oncologist to see if I have had it yet, and he said no.  He said I would have remembered having it because it costs about $3,000.  I thought, hahaha doc you haven't seen my medical bills, three grand is a drop in the bucket.

I have insurance, but it may not cover it.  Will I get the test if it isn't covered?  Yes.  Why would I want to put myself deeper in the hole financially for a simple blood test?  For one it would tell me if I am at a higher risk for other cancers.  Having gone through chemo once is enough thanks.  It was a long year going through treatment and I certainly don't want to do that again, and would do anything I can not to go through that again.

Check out my podcast The Cancer Warrior on Empoweradio.com available on demand now.
Posted by Mel Majoros at 9:14 PM 3 comments: 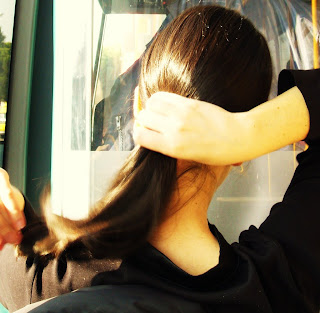 Its not a picture of my ponytail, mine isn't as long....yet.

Most cancer survivors remember dates very well, date of diagnosis, surgery dates, chemo dates, dates our lives changed forever and when we had to adjust to this new normal we call survivorship.  One date that is difficult for me to forget is Nov 28.  Not only is it my Mom's birthday, it is also the date I had my head shaved, because the Adryamicin/Cytoxan made my hair fall out. I still remember Sandy the nurse telling me I should get my head shaved because my hair would fall out in 2 weeks.  Haha I remember thinking I could beat the odds of 99.99% of the chance of losing my hair.  Good one.

Two weeks to the day of my first chemo, which was Nov 12, 2007 my hair started falling out.  Nothing like taking a nice hot shower in the winter and having your long dark lockes of hair come out in clumps in the shower.  A few days later I went in after hours to my salon La Dolce Vita in Petoskey and had my stylist Val shave my head.  Doug, my fiance and my neighbor Stacey came along with me for moral support.  I thought about having more people there, kind of a head shaving party, but it was hard enough to keep it together when my hair was falling out.  My only regret of that night is that I didn't take pictures of the whole process. I think it would have made the long winter months without my hair and the little peach fuzz on my head more bearable.

I am not a vain person, as I have written before.  I rarely, if ever wear makeup.  Unless its a special occasion you will normally find me in shirts of sports teams, cancer organizations, bands or the like.  Hair I think, as breasts do, define you as a woman in society.  Not having any was really difficult.  Glad I went through treatment during the winter time, so I didn't have to explain myself why I was bald.

Being bald, chemo and all that seems like so long ago, a mere two years. Just a drop in the bucket of time.  I have actually had several haircuts and gotten my hair colored.

Now my hair is just long enough to put in a ponytail.


Life is pretty sweet isn't it?

Check out my podcast The Cancer Warrior on Empoweradio.com available on demand now

Posted by Mel Majoros at 3:45 PM No comments: