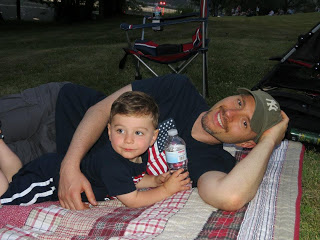 Chris Ryff is a father of a 2 year old boy, a devoted husband, a much loved son, a loyal brother and a good friend to so many.  He is also fighting a battle against stage IV breast cancer in which time is not on his side.  Chris has identified a potentially life saving treatment called Personalized Gene Targeted Therapy at the Burzynski Clinic in Texas, which he believes is his best option at this stage of the disease.  We estimate that the cost of treatments, travel to the clinic and lost wages during this time could be around $60,000.

We have created this page in an effort to chip away at these costs so Chris can focus on beating this disease. Please give generously and forward to others and ask that they give too.

Here is the link to the wepay page we've set up to donate for Chris and his family.
-or-
To contribute by check, please make check out to exactly: William C. Ryff
And mail to:
RCF
Post Office Box #834
Ridgefield, CT 06877

Pay it forward.  Because it rocks....

Posted by Mel Majoros at 9:10 PM No comments:

Beyond a Reasonable Doubt 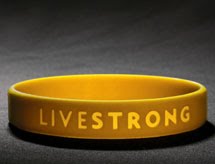 Today Lance Armstrong stepped down as chairman of Livestrong. I am deeply saddened by this.  He did so so Livestrong wouldn't be put in the middle of the USADA's allegations of Lance doping during 1999-2005.

Nike dropped  their endorsement deal because of "seemingly insurmountable evidence"

Does it seem impossible that one man is telling the truth and many others are not?

Does it seem impossible that one man can win 7 Tour De France without doping?

It used to be that a handshake and someone's word were all that you needed.

Isn't it innocent until proven guilty?

Not guilty until proven innocent.

Let me tell you something about cancer survivors, at least my experience.

That you will never be well again

That you will never, essentially be you again.

When you finally realize how far you have come you want to live life to the fullest, grab the brass ring, run that marathon that you never thought you would, skate harder and faster than you have, ride a bike faster because you know the value of today, and know there may not be a tomorrow.

I am not a professional athlete.  I play hockey in an adult amateur league and participate in runs like the Warrior dash.

I have never won a professional sporting event, like the Tour, nor will I ever.

But I do know this:

If you are a cancer survivor once you get that exhilaration, that taste of life, that winning feeling, you want it to continue.

So what do you do if you are Lance Armstrong?

Some people will say I am just supporting Lance because I am a cancer survivor.

That may be true, although I read his book It's Not About The Bike before I was diagnosed, I have never been a Livestrong Leader, participated in any Livestrong events, nor have been to the Livestrong headquarters in Austin.

I am a cynic yes, but I do believe the value of a man's word.  My Dad taught me that.

So while your sponsors like Nike and Radio Shack may have left you,Lance, I, like many other survivors stand behind you.

Nike dropping sponsorship makes no sense to me, while they drop Lance, they re sign Michael Vick after his dogfighting charge and jailtime.

There are just allegations against Lance Armstrong.

I guess some people and organizations get scared when a scandal hits close to home.

I don't back away from the people who have helped me, even if they don't realize they have.

Backing people who have helped you even though they may not realize they have.

Its the right thing to do.