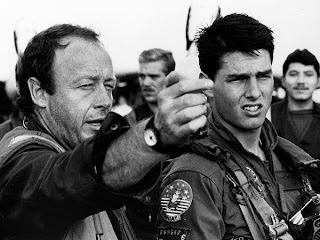 You may not know the name but you know the movies he has directed.

The latter movie was one of my favorites.

Now you know who he is.

If you were a child of the eighties like me those films were probably your favorites.  Who didn't want to be Maverick?  Or Kelly McGillis for that matter.  Almost everyone I knew did.

Jumped off of a bridge in San Pedro, CA yesterday afternoon.

He left behind a wife.

He left behind twin sons.

Eyewitnesses say he jumped without hesitation off the bridge and police found a note in his car and in his office.

All of Hollywood is asking that question.

Why would a man who seemingly had everything take his own life?

Early reports stated he had just found out he had inoperable brain cancer.

While it has been reported that it not the case there is still much speculation as to why someone with everything, someone who has built up an amazing reputation, has given so many people defining moments of their lives take his own life.

Could that have been it?

It's entirely possible.  The more I read about Tony Scott the more I am finding out he was a lot like the characters in his movies, the larger then life daredevils everyone wanted to be.

That was his public persona.

One can never know the silent suffering of others, especially if they are looked up to, such as Tony Scott was.

Of course I am speculating, I never met him.  I was not in his head.

It is like any disease.  You can't snap out of diabetes, heart disease or cancer.  It has to be treated, whether you seek professional help, medication or just talk to a friend.

Even worse, you may get so depressed that you feel like you are alone, and there is no one in the world who can help you.

How do I know this?

I have been there.

I have been so depressed that I thought I was fooling my  co-workers, family, and friends.

Truth is I was only fooling myself.

There were times I was so depressed that I felt I would never be able to dig myself out of that hole.

Depression is a disease but it can be treated.

And you can get help before its too late.


Tony Scott directed amazing movies that audiences will enjoy for years to come.

Unfortunately his defining moment may be that tragic leap he took off of the Vincent Thomas Bridge in San Pedro, CA

Rest in Peace Tony Scott.  As long as there are people like me working hard to destigmatize mental illness your legacy will not be forgotten.

Sometimes the scariest places are within the depths of our own heart, mind and soul...

Posted by Mel Majoros at 9:27 PM No comments: 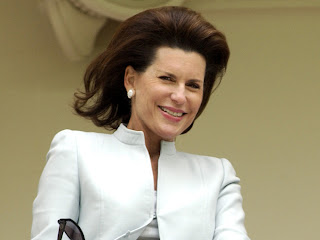 I check facebook when I get home.  Tonight I got home late after a 14 hour day working my 2 jobs.  I saw the link from my friend Betsy De Parry.  Komen CEO Nancy Brinker to step down.

It is late and I almost didn't want to make dinner before I wrote about this.

This is huge in the cancer world.

Now Nancy stepped down.  The article says it was from backlash from Planned Parenthood funding, but I would like  to think it had to do with their pinkwashing of everything from cat treats to toilet paper.

There are many cancer survivors, including myself, who are sickened by seeing the pink ribbon on everything.  We don't need ribbons on Friskies, toilet paper or tennis balls.  We need cures, we need better treatments, we need better detection for the disease.

The damage has been done, but nothing is irreparable.

We can fix this.

We have the technology.

Surely if JPL can send a rover to MARS our amazing cancer community can help the Komen Organization see the error of their ways.

Don't let the pink ribbon hit you on the ass on the way out....