It's been a while part 1 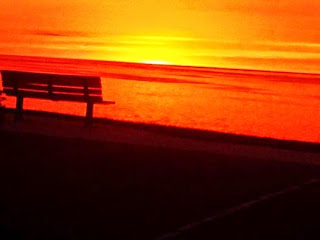 Wow. It has been almost 8 months since I have written anything on this blog. I guess I didn't really have much to say. I was busy playing hockey and enjoying every second of it. We didn't have a great year, but it is about having fun and improving, winning is great too, but we all know that doesn't happen all the time for everyone. It is strange that I enjoyed Winter so much, this winter the snowfall record was broken. It was endless. Usually that kind of thing would bother me, but for some reason this year it did not. I am just happy to be here!!! I did have surgery in March. At the end of last year I had an ultrasound and my OB/GYN saw that a small polyp I had grew. He looked at it and did a biopsy. I have known him for many years and he wanted to be straight up with me. "Mel, I have seen this many times, and I have to tell you that I believe it is cancer." Silence Shit I thought. He can't be right, and deep down I knew he wasn't. We brought my fiance in to discuss it. He was nervous. I still wasn't convinced. The doc was surprised how well I was taking it. I never believe anything until I get the results. At least this is what I tell myself (and others) It is hard to imagine having cancer again. You hit the 5 year mark and you think everything is ok. A few of my friends had a recurrance and passed away after their recurrance. Needless to say I was a little scared. Fast forward to a few days later. Doc texts me to tell me it isn't cancer. But we should remove it. I agree with his advice. He recommends a gynecological oncologist/surgeon to remove it. Oncologist just in case, when they do the surgery they will do a frozen section, in case the biopsy didn't get anything. The surgeon was cool and strictly by the book. A no nonsense doctor. Someone for me to have a little fun with. We talked about having a hysterectomy (removal of the uterus) and he started to talk about statistics about removing the ovaries, (oopherectomy) and before he could finish I said, take em out! I'm not using them! Probably not what he was expecting to hear. After the surgeon left the nurse came in to schedule. I wanted to postpone the surgery because we had playoffs, and even though my team wouldn't win the trophy we could have secured 3rd place. My fiance Doug shook his head at me and the nurse's body language told me that would not be a possibility. So surgery was scheduled for a day after our championship game.

This is part one.  It is later than I thought, and there is more to the story, so I will say goodnight for now.
Posted by Mel Majoros at 8:40 PM